On Sundays, I have a weekly habit of drawing on James North above a Portugese pool hall – one of my more salubrious habits I think.
Recently as I was about to set chalk to paper my cell phone rang and I knew it was either a wrong number or my daughter – she’s the only one who has my cell number - not llikely my husband  as he is ideologically critical of cell phones so I didn’t think it could possibly be him.
It was in fact a text message from 'Fido', a cute little dog with his tongue hanging out, my cell phone provider – it was a curt warning that my air time was about to expire – my heart went dancing around in my chest – did that mean I would have to stop breathing, that my oxygen was going to be cut off?!
The message continued – unless I refilled immediately I would lose my balance.
Oh no but – but of course I didn’t want that to happen - the refill was supposed to take place automatically – that’s why I went to trouble in the extreme to set it up that way. I dialed Fido and I got Andrea – their friendly,  obnoxious robot. There was no way that Andrea was going to permit me to talk to a human – that option was not on her menu.
All I could do for the time being was to go back to my chalk and paper and try to draw - to calm down and  put this dreadful intrusion out of my mind. I tried, I tried.
Before I forget, Happy Chinese New Year! – year of the monkey, Feb 3. Correction: Year of the Rabbit!
Below are a few 30 to 40 minute drawings on Strathmore and Manilla – roughly 24”x18” with charcoal and chalk:
Click  on image to enlarge 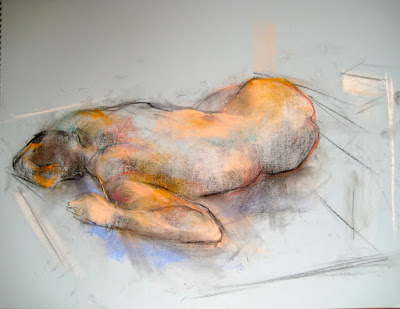 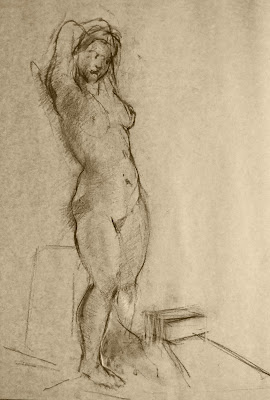 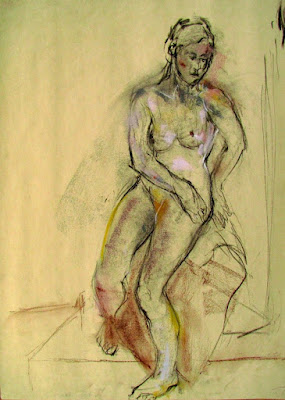 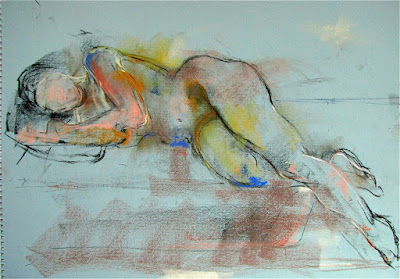 The eye never gets enough of looking – Ecclesiastes - Kohelet.
The other day I was preoccupied with finding a book that I kept in the first floor bathroom – technical on oils, out of print. It’s important to have something to read at all times. But this book had decided to migrate to another surface without so much as a murmur and I spent hours trying to locate it and it was just beneath a pile of books on top of another pile of books in a book case in my bedroom on the second floor.  Huge sigh of relief. I also found another book in the meantime on  the history of tea and coffee which I found miraculously comforting during my agitated search. But I wasn’t fooled. I knew that my quest for the missing book was a sham, a substitute – a procrastination  to which I was helpless to resist.
I wanted this book of course because it had within it the magic formula which I promptly read and fell asleep leaving the actual act of doing, the painting for the following day. 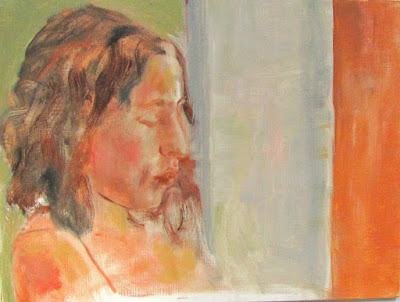 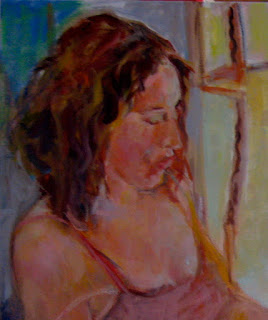 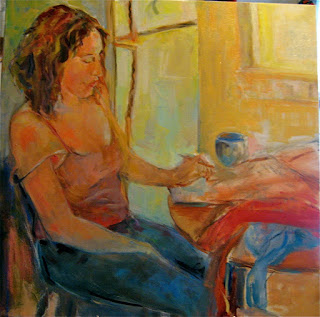