The streets are drenched – rain and falling leaves.
Midweek will be hallowe’en, then an American Thanksgiving to the south soon to be followed by an American election. If I have my druthers I unabashedly hope Obama is reelected – a highly intelligent man of African/American descent – who would have thought… in spite of racism and all that – like a miracle to see something like that happen in our lifetime.
I do hope also that every one who can vote gets to vote – not good if people of uncertain economic means are disenfranchised. I suppose I am sounding somewhat political  which is ironic because for the most part I’m not. 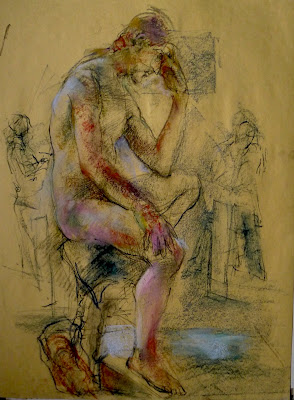