Waiting for the moon 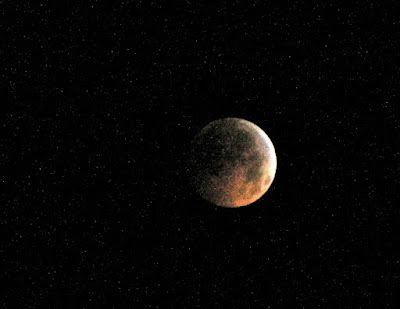 I took this photo one day ago at 3 am
One  day ago was the lunar eclipse  I already knew that it was imminent because I read about it on SamArtdDog’s blog.
In preparation for this rare event, David took an early evening nap and then exulted in the midnight air and lingering outside in front of our house, popped in and out to report.  About two am he urged me to come out and take a look because it was starting to happen. He sounded both alarmed and excited.
I scrambled to put on boots and coat over pyjamas but if it hadn’t been chilly I could have run out naked because there wasn’t a soul to be seen except for a lonely car delivering the Globe and Mail. I took a bunch of pictures and thought I would return to my bed. But at 3 am I was summoned to return to the street. It was magical! Truly! I snapped more photos (the moon shot from a cannon) and then I did go back to bed so I missed the grand finale and curtain call. ah well - she shrugs
Of course the members of the Flat Earth Society have their own interpretation – they said that the shadow could have been cast by any celestial body.
Many lunar eclipses ago  in my green faux suede dress and hand crafted Russian boots, I wrote a poem to the moon. It goes:


The moon is a womb and a moldy sigh,
Soured in wine and three days high.
Below are two unfinished drawings  that I consider to have a moon like quality which I title 'Waiting for the Moon'
click to enlarge 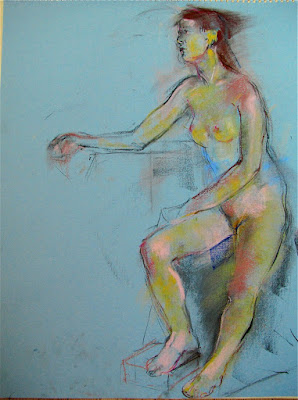 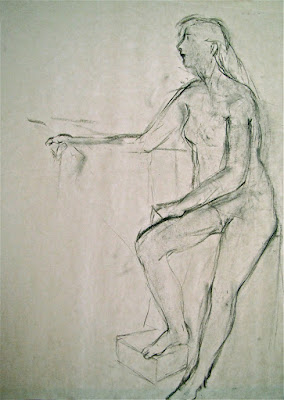 I half remember a quote about the light bulb – that the person who invented the electric light did more for civilization than all the ------  all the what, all the who - put together?  Was it Camus, Graham Greene, no not him - some one else - a brilliant well lit mind?  Well it’s nearly midnight and half the lights in our house are still blazing – the darkest and conceivably one of the busiest times of  year.
The season for strings of decorative lights competing and celebrating with the firmaments, street lamps, headlights of cars, ruby red tail lights – all to read by- to blog by----
Seasonal greetings to all my Jewish, Christian, Muslim, and secular friends!  And foremost - happy holidays and best wishes to all my wonderful blogging friends from whom I derive so much delight and inspiration! Love and peace to you all.
Below are two pastel studies, two views, front and back of the model - 20"x26" on Ingres paper
click to enlarge 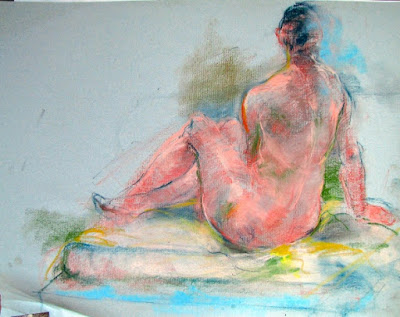 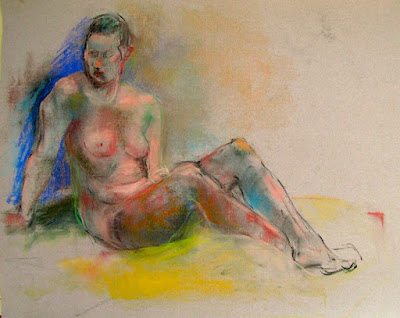 Nature Is Beyond Us

How bizarre.They don't know how to count. They now think there are three times as many stars as was once predicted - triple the amount! But when you get into the billions, trillions and zillions - do I have that right - the possibility for  error (terror) compounds,  is quadrupled. Do you know how old I am?  I’m two and a half and there are several of us - precocious is it not?
Below are short poses from a recent life drawing session on manilla, 18”x24” – conté and charcoal. 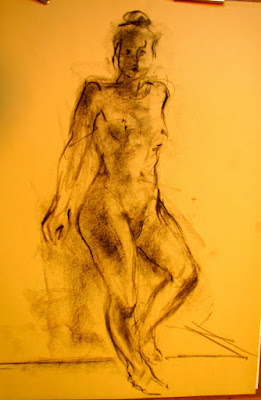 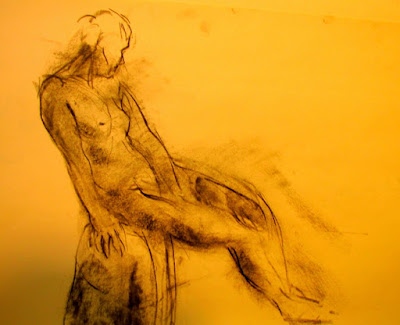 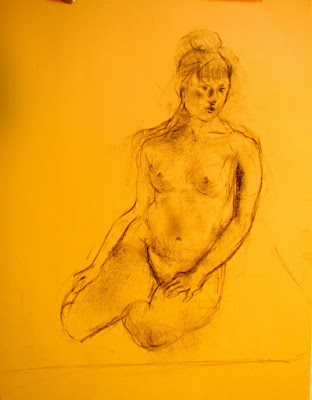 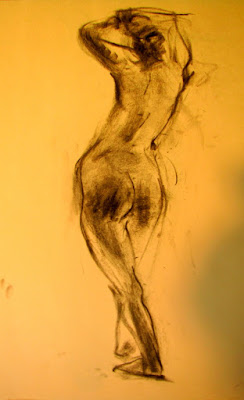