I didn't join the plein air group last Tuesday – cold and powerful winds – upwards of  50 km or more, threat of heavy rain,  (it didn’t actually pour until evening) convinced me to stay home. An exhausting decision. I spent the better part of the day  questioning the sky which seemed a wash of unremitting  gray.
This sketch is from last April. Although it too, was a rainy day,  we were able to luxuriate from within  the shelter of an old  sheep barn. 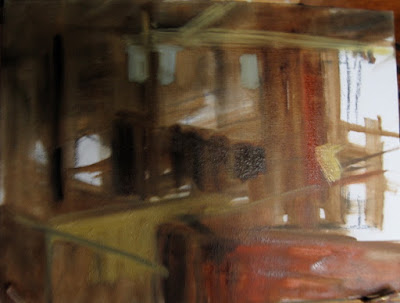 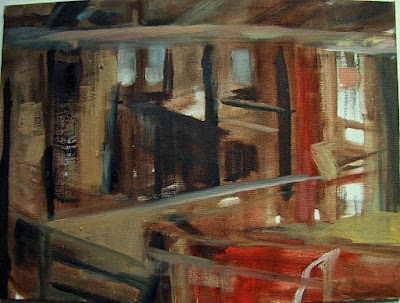 Last week I was the last person  to pack up and leave at Paddy Green’s Road that runs between Jerseyville Rd. and Slote Rd. That’s ok – I came late.
A truck from the conservation authority pulled up just as I was getting into my car (very foggy by this time) and the driver rolled down his window and spoke to me asking if I was planning to return next week. Actually ‘yes’ I replied – one more time next Tuesday.
Then he explained that starting next Monday Native people had a license to hunt deer in this area for the next four weeks. We talked about that. They’d be using bows and arrows and shotguns - their target was to kill about eighty deer. They were from Six Nations and would be hunting Mondays, Tuesdays and Wednesdays right through to December 21st.  I thanked him for telling me.  That left Thursday through Sunday open.  Nevertheless today we met at Beverly swamp on Middleton Rd between 5th and 6th concession – a significant distance from Paddy Green’s. 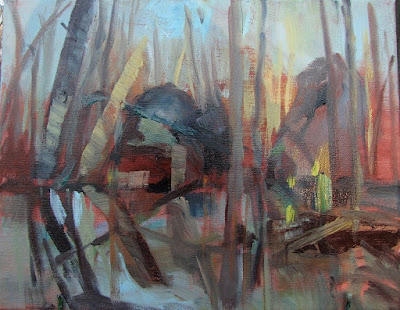 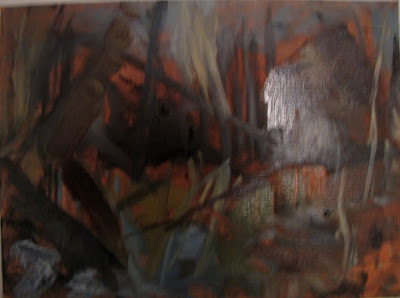 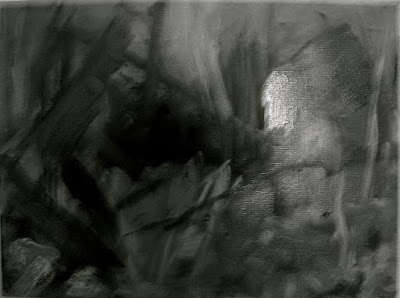 above rendered as black and white
Posted by cohen labelle at 10:00 PM 10 comments:

More from the previous... 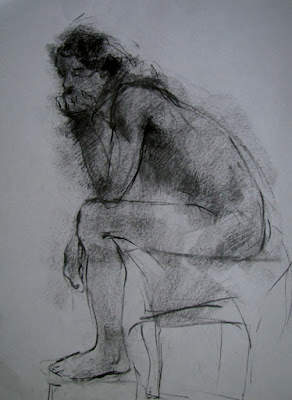 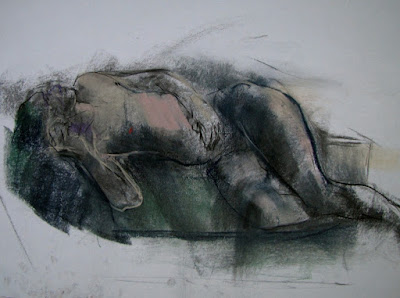 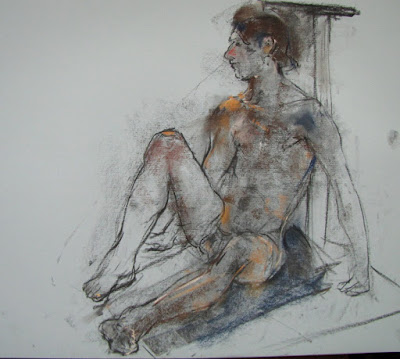 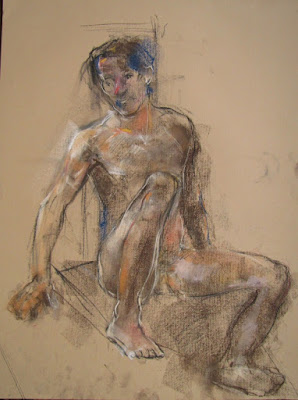 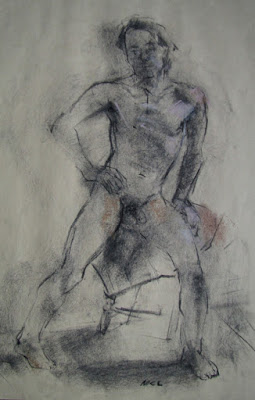 An appearance or I should say reappearance two weeks ago from a favorite model who will be with us for a total of three Sundays. He spends three months most summers cycling in South America with his girlfriend – the two of them cycle with only what they can carry in panniers from Colombia to Ecuador where he visits a friend. His tires stand up to back roads and most terrain but of course he carries tools. 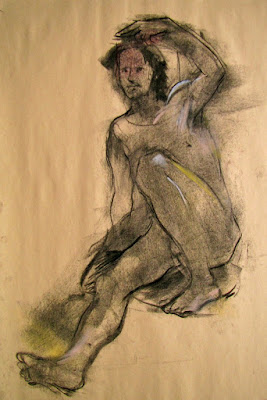 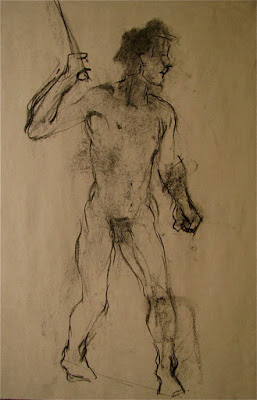 Posted by cohen labelle at 12:47 PM No comments: